Crystal Palace defeated a resilient Middlesbrough side at the Riverside this weekend, thanks largely to a stellar Wilfried Zaha performance. Here are five things we learned. 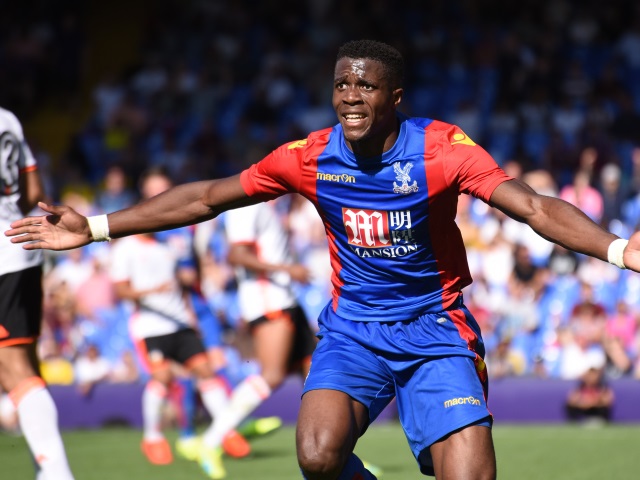 It still has not sunk in that Crystal Palace have paid £27m for a player. While over the last few years we have seen Dwight Gayle not quite fit in, Conor Wickham looking as though he has the tools but is not complete yet amongst others, Christian Benteke’s ability shines through and shows what we have been missing since promotion. His goal demonstrated not only his excellent heading ability, but his movement in the box, ability to get away from his marker and find space to direct his header. His lay off to Townsend showed his quality with his back to goal. Benteke will thrive with service and movement around him. Our wingers now have a quality forward to play off. It’s early, but Benteke and Palace could be an ideal match.

Despite the win, defensive concerns remain with Damien Delaney being the focus after his error cost Palace a goal and but for an excellent stop by Mandanda, another error could have seen us trail 2-1 at half time. With Tomkins getting settled, the change may not be long in coming. However, Pardew’s reluctance to make the change this early in the season is understandable – getting a new goalkeeper in and adjusted was his priority. To also change a centre back as well, particularly with the full-backs both struggling, would perhaps have been too much of a speedy upheaval

Wilf’s value is not in statistics

Much has been made of Alan Shearer’s MOTD analysis of Wilf and while his point has merit based on just stats, the ignorance of Wilf’s all round game was apparent. On Saturday, Wilf got a goal and an assist but there was a moment in the first half which showed Wilf’s true value to us (and it did not culminate in a quotable statistic). He received the ball inside our half, carried it to the final third taking 3 players out on the way, found Benteke with an excellent pass and a chance was created for Townsend. If we had scored, Wilf would have been the architect but no goal or assist stat would back that up. And that is a prime example of why Wilf should not be judged by numbers

McArthur critical to the team’s shape

Alan Pardew has said the team is in a “transitional” phase and Palace are looking to play more on the front foot. While we have technically able players to help achieve that style in Cabaye and Puncheon, James McArthur is the most critical cog in the wheel for that journey. His boundless energy (against ‘Boro, he covered more ground than any other player on the pitch) and eagerness to always be available to receive the ball are critical whether we play on the counter or with greater possession and his importance to the team cannot be underestimated; he could be our most important player this season.

The assumption when Pulis signed Martin Kelly was we were signed a centre back (though Pulis’ desire to use centre-backs at full-back should be noted). However, a game at Anfield aside, Kelly has played in one of the full-back positions for Palace. As against Boro, most performances have been diligent in defence, sensible use of the ball and supporting the wingers when needed. The time for fans wanting him to see him at centre-back is gone now; the focus for Kelly has to be push both full-backs for their starting spots. He may not offer quite as much going forward, but the balance his defensive play could bring, especially with a more attacking midfield line-up, may be vital in how we set-up.