Crystal Palace defeated a lacklustre Stoke side with ease. Here are Nav's thoughts on the game. 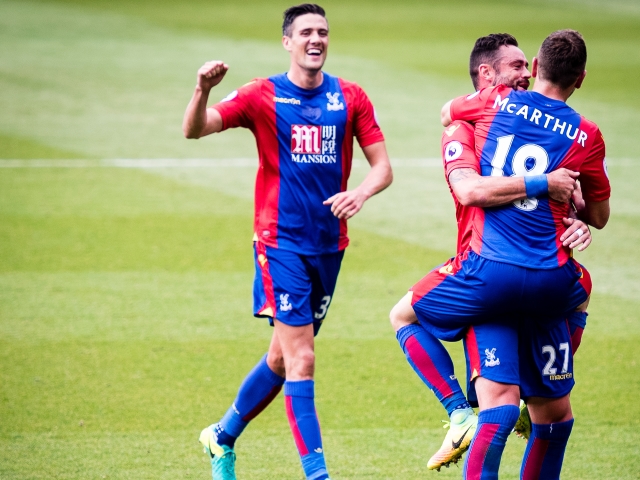 Mandanda is the epitome of the new style

It’s early days, but Steve Mandanda has shown signs of his quality, not just as an acrobatic shot stopper who has an excellent command of his box, but in terms of his all round game. He is comfortable with both feet and looks to keep the ball moving. He plays closer to the edge of his box than his predecessors which means the whole team is playing further up the pitch. His quick distribution means Palace are playing on the front foot more readily and this all ties in with how Pardew has said he wants us to play; Mandanda’s style is the epitome of that.

10 is the invisible number

Another visible shift in the team shape is that we are no longer using a number 10 in the way we were accustomed to from Garvan, to Chamakh to Puncheon. Our midfield is fluid, mobile and interchanging in a way which could perhaps justify Pardew’s use of “transition”. On Sunday, while Ledley covered the back four, McArthur and Puncheon switched between them in support of Ledley and the attacking players, with each having impressive pass completion, ball recovery and interception stats. As such, we have moves being started from different parts of the pitch, which in turn allows the wingers to switch at will. The conundrum for the manager as this transition continues to take shape is where to fit in the Cabaye shaped peg.

Andros Townsend had his best game for Palace against Stoke, with a goal and assist to his name. But his impact transcended those statistics – his constant driving runs down either wing, cutting in and even running with the ball across, Sunday was a demonstration of Townsend at close to his best. At 24, it’s easy to forget his relative youth and time to improve and develop consistency. His direct running is in contrast to Wilf and Yala’s style and creates more space for midfielders to move in to and enables Benteke to be the focal point.

Ward needs to transition with the team

Joel Ward’s contribution to promotion is undeniable and he was important in Tony Pulis’ team as well, albeit at left-back and central midfield. And while continuity in the back four has been important, it remains to be seen if his style fits with the way Pardew is evolving this team. Playing on Sunday, for the most part he fulfilled his defensive duties adequately though he did let his man go at times. The question mark remains though over both his ease with the ball as we push forward and his recovery pace as attack turns to defence. This is not to say he is not a decent player, but a question over whether the player he is is the right type of full-back for us as the team “transitions”.

Much has been said of Palace’s set piece defending this season; however, with the clamp down on shirt holding, the uncertainty should not be a surprise. But Sunday showed this evolution in full force and it seems the work being done in both defending without holding and attacking while not being held is reaping reward. Tomkins and Dann in particular benefited from being able to connect to the ball from a set piece from a position significantly different to their starting positions because they were not being held. Likewise, while defending set pieces, the defenders each seemed more comfortable with less shirt holding. There will be teething troubles with this, but the increased enforcement makes these troubles understandable.