Palace lost to a well-organised Chelsea side. Here's what Naveed Khan learned from the game. 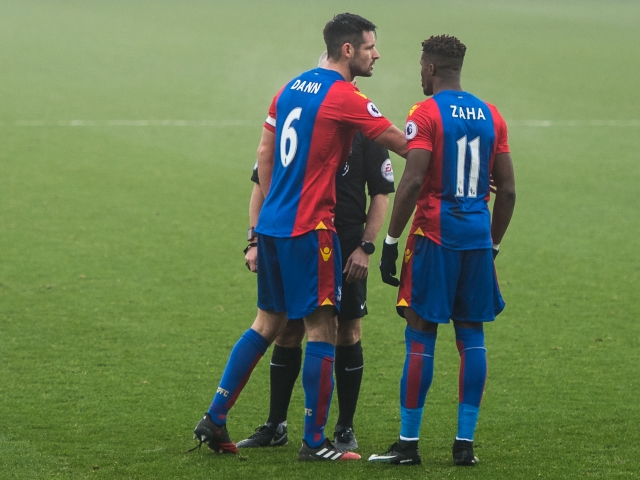 1 – Jedinak not being replaced proving costly

Sometimes, it is the right time for a player to move on. A possible clash of styles, three years of Premier League football and an FA Cup final all along with a good offer from Aston Villa meant it was perhaps that time for Mile Jedinak. However, it becomes increasingly apparent with each game that Mile not being replaced is costing the team in many ways; more than a ball-winning midfielder, the team lacks an imposing presence, a midfield general who organises and a player who leads by example. While aspects of the midfield play were positive against Chelsea (Yohan Cabaye in particular), there was still a sense of lacking an enforcer – a player to not only win the ball but keep those around him focussed. This is not to say allowing Jedinak to leave was a mistake; the error was not replacing him.

2 – Defensive indecision needs to be eliminated

There are a few ways defensive errors can arise; sometimes it is the brilliance of the opponent and not much can be done about those forced errors. The ongoing concern throughout 2016 and highlighted over the last ten games has been the number of unforced errors being either through a drop in concentration or a miscommunication. On Wednesday against Manchester United, Zlatan Ibrahimovic twice escaped the attention of defenders, the second time leaving Wayne Hennessey in no-man’s land. The Welsh ‘keeper was found there again against Chelsea as Scott Dann tried to block Diego Costa to allow the goalkeeper to claim the ball. Both of these winning goals, on top of the manner of goals conceded against Burnley, Swansea and Hull were avoidable with communication and decisiveness. This is not a new issue for the team but the urgency with which it needs to be dealt with is becoming alarming

Yohan Cabaye has become a scapegoat for some fans with them pointing at statistics with and without him in the side as justification, ignoring the general set-up, tactics and opponent. He played through injury for much of the second half of last season and with going to Euro 2016, the beginning of this season was stop-start for him. However, against two excellent midfields in the last two games, it is clear what an asset a fully fit Cabaye is to this team. He has an 82% pass completion rate in the midweek game and 94% against Chelsea while also creating two chances, having six interceptions, two blocks and two clearances in these games. His ground coverage was amongst the highest for Palace players. The biggest issue is perhaps that the team is not set-up in a way to benefit from his strengths.

4 – Fryers is the baffling go-to sub

Zeki Fryers’ time at Palace had been uneventful before this season. Signed from Spurs, he featured in one League Cup game and not considered for the First XI much since. Alan Pardew claimed to have brought him back to life over the summer and to the extent he has featured in most match day squads this season, that much is true. But the manner in which he is being used by Pardew raises many more questions than him coming on with five minutes to answer. At what point does him being used in pretty much every game lead to him starting a game in an area the team is light? What does him being a regular coming on do to the confidence of the other substitutes who are overlooked? What benefit, Sunderland aside, has bringing him on for a starting full-back brought? Fryers is still relatively young and game-time will be of use to his own development – the way he is being used, however, gives no real indication as to the manager’s intent.

5 – Wilf is the bright spark which cannot go out

Wilfried Zaha has been receiving glowing praise of late and with a lot of merit; in fact, his impact has been under played by some. He has been the shining light of Palace’s season to date, causing opponents problems in ways not quantifiable by statistics as well as adding end product to his game. However, as with all such flair players, there comes a time when they hit a wall and this team cannot afford for that wall to come soon. Wilf was frustrated against Manchester United being played out of position and was not able to have an impact against Chelsea as a hangover to that. He has always needed careful management and it is vital that Pardew does not let two low impact games become a stretch – the team and indeed the manager himself need Zaha to on his game. He’s the spark we are all holding on to; it cannot be allowed to go out.