Manchester City 5-0 Crystal Palace - Five Things We Learned as Palace get Smashed at the Etihad.

Crystal Palace were taught a harsh lesson. Having held on for 43 minutes, the Eagles conceded just before half-time and subsequently conceded four more. Here are five things we learned from a tough day at the office. 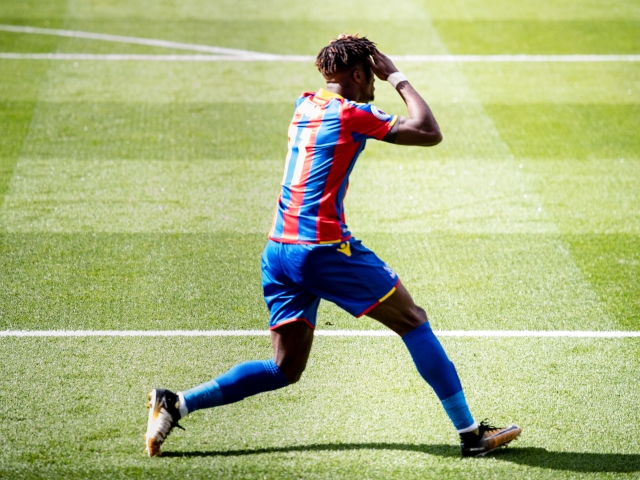 1 – Time to Give Speroni a Chance

Palace have gone into the season with two key imbalances in the squad; one recognised striker and just two goalkeepers. The latter issue has been brewing for the previous two seasons and as Wayne Hennessey conceded his nineteenth goal in four visits to the Etihad, time has come for Julian Speroni to be given the gloves. While his best years are past him, Speroni’s ability to make exceptional saves compensates somewhat for the other shortcomings in his game in a way in which Hennessey has never been able to. The team needs a goalkeeper is less likely to add to the fragility of the team’s confidence.

2 – Striker Gamble Has Failed to Pay Off

Back in 1997/98, when Atilio Lombardo got injured, such was the focus on securing his services and neglect elsewhere in the squad, that Steve Coppell was forced to use youth player Rory Ginty in place of the Italian international. With Christian Benteke injured against Manchester City and the club failing in the transfer window to add sufficient back up, the options available to Roy Hodgson are not much more appealing than Ginty was to Coppell. Bakery Sako, thus far out of his depth at this level in his favoured position let alone out of position and Freddie Ladapo will be vying for the striker’s role. It’s hard to see any outcome dissimilar to how Coppell’s team coped without Lombardo.

3 – Scott Dann Needs to Speak Up

Part of the issue with Frank De Boer’s three-man central defence was Scott Dann’s lack of communication. This was an issue which persisted throughout his spell as captain under Alan Pardew and part of the reason why Sam Allardyce removed him from the role. With Timothy Fosu-Mensah, talented but inexperienced to the side of him and while he is leading the team, he needs not only stand up and be counted but ensure others around him are as well. James Tomkins formed an excellent partnership with Mamadou Sakho last season, the competition is there and Dann needs to step up to the plate.

4 – It Took Courage to Drop Stalwarts

Jason Puncheon and Joel Ward have made an immense contribution to Palace over the last few years; the latter during the promotion run and header off the line in the closing minutes at Wembley and the former being instrumental in the club’s stay in the top flight. However, while any success the team has had has been with them included, the time has come for the team to progress without them. The manager made a brave call to leave out two players without whom Palace have not win a Premier League match since 2013. But it was the right call; their role now has to be as able understudies.

5 – Manchester City Away is Not the Time to Judge Roy

Roy Hodgson was pretty frank after the game on Saturday suggesting there are few positives that can be taken from a 5-0 drubbing. However, there were signs that familiarity with the tactics will generate results going forward. The team looked effective on the counter attack, there was a focus on the wide players and with Luka Milivojević restored in front of the back four, there was enough to suggest that Yohan Cabaye and Ruben Loftus-Cheek will have an impact when the playing field is more even. Saturday’s defeat was not the time to judge Roy; that time will come in the 32 games ahead.